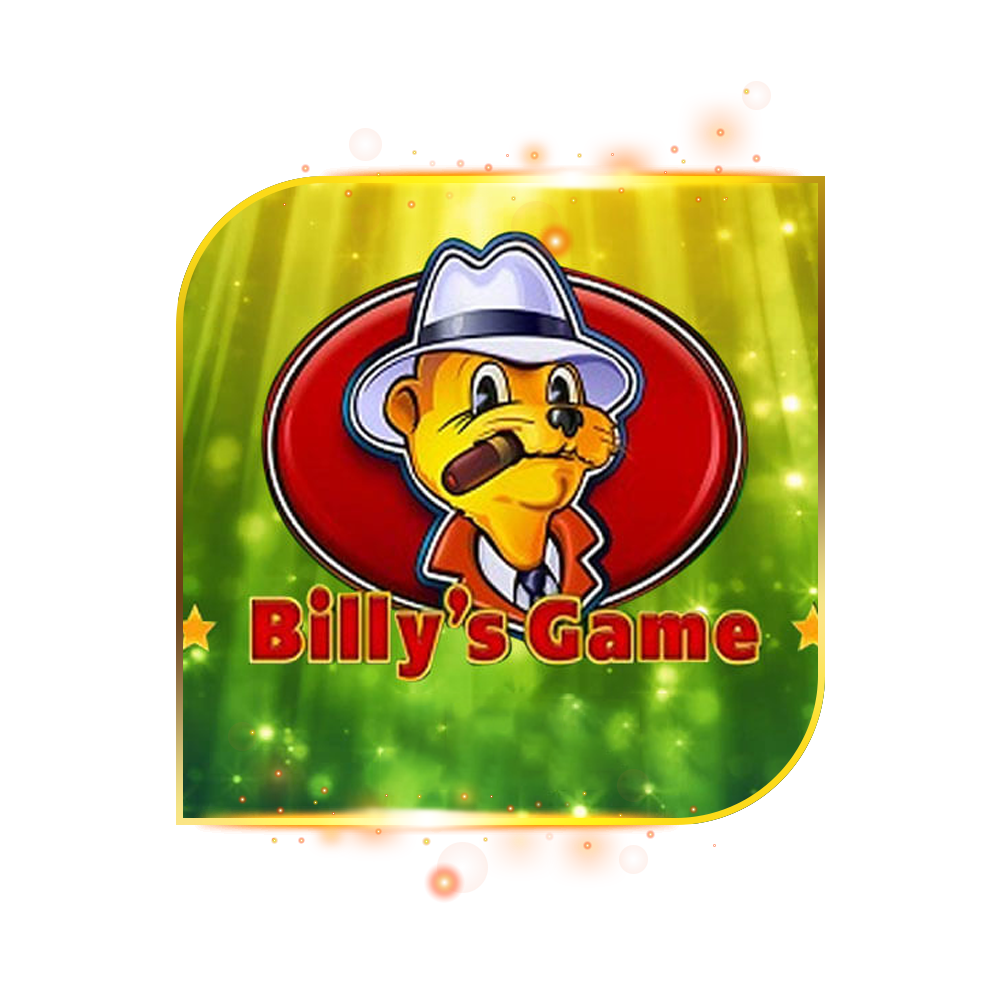 Billy drives a hard bargain, but the prizes are so enticing you won’t want to miss out! Spin 9 of the same symbol on the reels and watch as your win is doubled! Billy’s Game also sticks to a classic gameplay pattern and offers relatively few options to the players in terms of customization.

Billy'S Game For You!

Billy’s Game also sticks to a classic gameplay pattern and offers relatively few options to the players in terms of customization. The game matrix is small and contains only 3 reels. Instead of paylines, all combinations appearing on the screen will pay from left to right. That being said, the small reel set only allows for 27 different ways to win at every turn. As a result, all you have to do before spinning the reels is choose a wager to place. Remember that both the size of this wager and the type of symbols that line up will determine the amount of your future cash rewards. After a win on the reels, you have the possibility to double or even quadruple your reward. To do that, guess either the colour or suit of a hidden card in the optional mini gamble game that follows, or collect your reward directly to proceed to the next spin immediately. To speed up the game a little, turn on the autostart mode and the reels will keep on spinning on their own until you decide to switch back to the regular game mode.

The paytable of Billy’s Game is a classic array of well-known symbols. The rewards we will mention here are all based on a bet of 10 credits, just to give you an idea of what each combination is worth. The bar signs (double and triple), bells and red sevens close the basic symbol menu. You can win up to 100 credits for long seven combinations across the reels, which is already more interesting but still quite modest in comparison to other slot games. The most common symbols of the game are the plums, cherries, lemons and oranges. You will be able to score many combinations with these symbols throughout the game, but their rewards will only amount to a handful of credits every time. 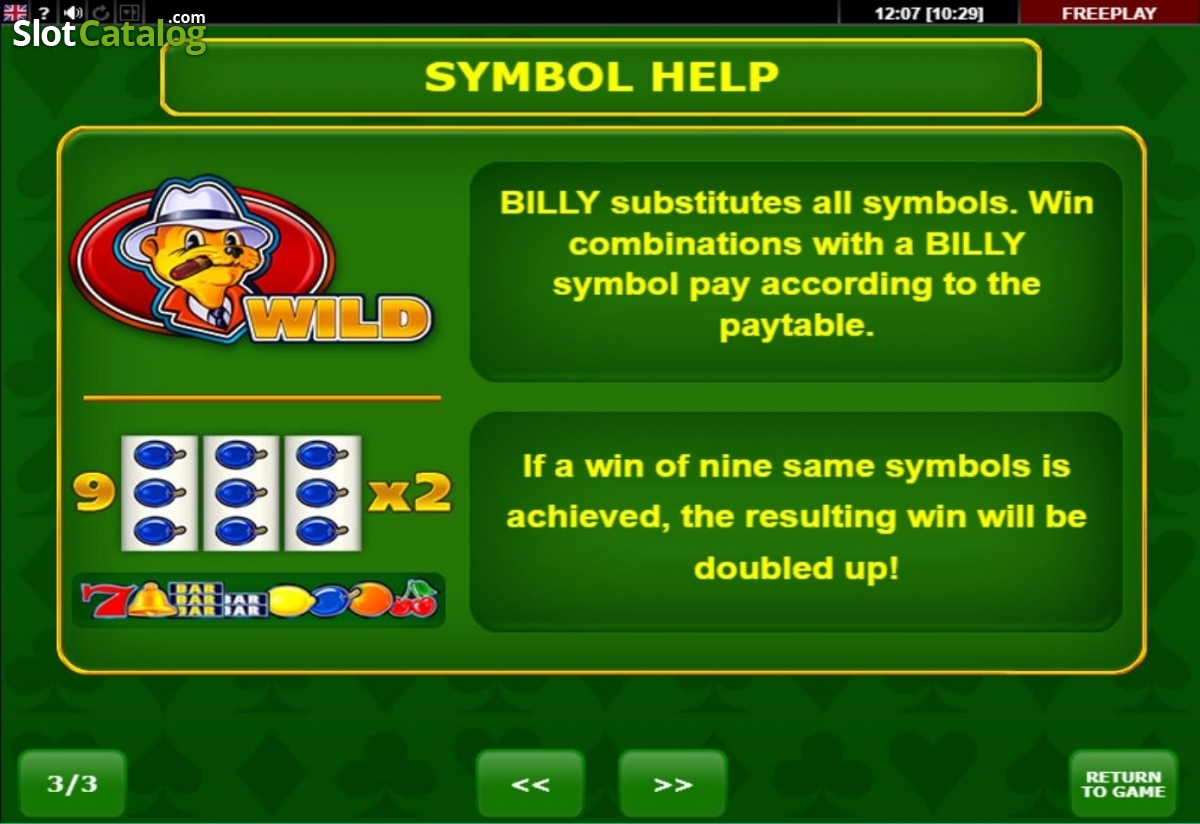 Billy’s Game also hides a couple of special features which, if used properly, can turn the game around and trigger real big wins. First of all, be on the lookout for the Billy symbol. This cigar-smoking character is the wild card of the game, able to replace any other symbol at will. Wild combinations can also trigger a reward, which can go up to 150 credits. The last special feature of Billy’s Game is not a special symbol. Instead, you have the possibility to trigger big wins by filling up the entire game screen with the same symbol. The most rewarding of these all-in combinations occurs with the red sevens, which can trigger a reward of no less than 5,400 credits.

Billy’s Game slot machine is a low-key game that requires a solid dose of luck and perseverance to actually pay off. As a result, only the most experienced and hard-core players will appreciate it at its just value. If you are one of them, remember that the wild card can also help you score an all-in combination across the reel, which the fastest way to a big win.